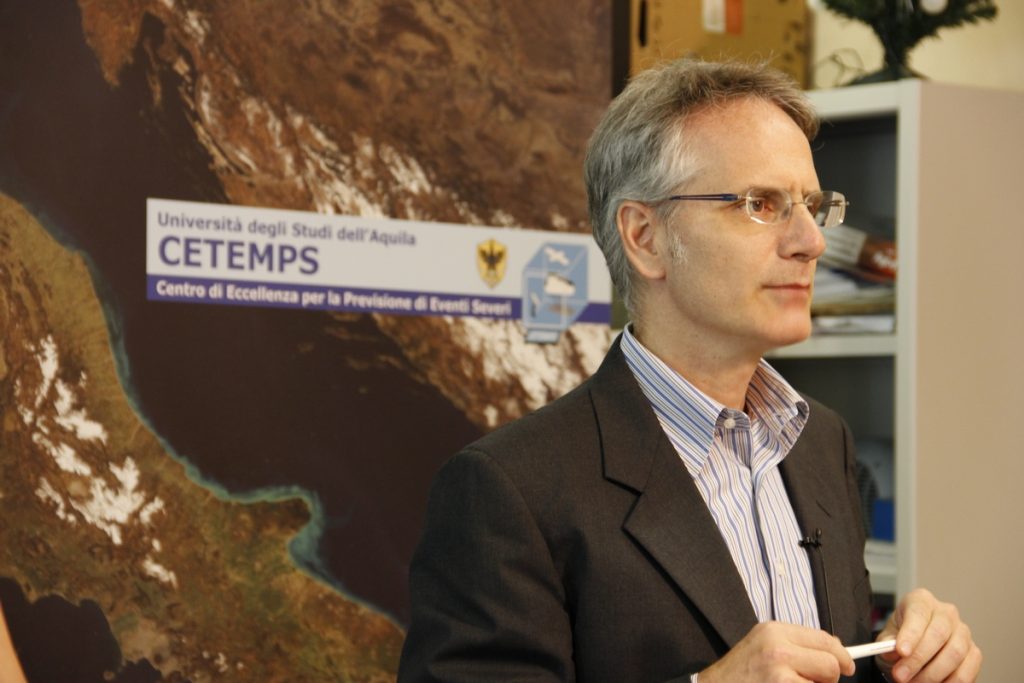 In 1992, he was a Visiting Scientist with Florida State University, Tallahassee, FL, USA. In 1993, he
collaborated with the Institute of Atmospheric Physics, National Council of Research (CNR), Rome.
From 1994 to 1996, he was a Post-Doctorate Researcher with the Italian Space Agency, Rome.
After being a Lecturer at the University of Perugia, Perugia, Italy, in 1997, he joined the
Department of Electrical Engineering, University of L’Aquila, L’Aquila, Italy, teaching courses on
electromagnetic fields as an Assistant Professor. In 1999, he was a Visiting Scientist with the Naval
Research Laboratory, Monterey, CA, USA. In 2002, he got the qualification to Associate
Professorship and has cofounded the Center of Excellence on Remote Sensing and Hydro-
Meteorological Modeling (CETEMPS), L’Aquila. In 2005, he finally joined the Department of
Information Engineering, Electronics and Telecommunications, Sapienza University of Rome,
Rome, where he presently teaches courses on antennas, propagation, and remote sensing. Since
2007, he has been the Vice-Director of the Center of Excellence on Remote Sensing and Hydro-
Meteorological Modeling (CETEMPS), University of L’Aquila, where he was nominated as the
Director in March 2013. He has published more than 140 papers on refereed international
journals, more than 30 contributions to international book chapters, and more than 300 extended
abstracts on international and national congress proceedings. He was an editor of two books. His
current research concerns passive and active remote sensing of the atmosphere from ground-
based, airborne, and space-borne platforms and electromagnetic propagation studies.

Dr. Marzano is also a fellow of the Royal Meteorological Society (RMetS) since 2012. From January
2004 to June 2014, he was acting as an Associated Editor of IEEE Geoscience and Remote Sensing
Letters (GRSL). Since mid-2014, he has been an Associate Editor of IEEE Transactions on
Geoscience and Remote Sensing (TGRS). In 2005 and 2007, he was a Guest Co-Editor of the
MicroRad04 and MicroRad06 Special Issues for IEEE TGRS. Since January 2011, he has been an
Associate Editor of the journal Atmospheric Measurement Techniques (EGU).

Prof. Marzano was one of the creators of Laurea Magistrale in Atmospheric Science and
Technology for Meteorology & Climate (LMAST4MC), and we shared the long ‘battle’ for having
the LMAST approved by the Universities and by MIUR. We spent several years programming,
discussing, and writing the LMAST and finally it got approved. It is unbelievable that Frank is not
any more part of this program!

The Laurea Magistrale in Atmospheric Science and Technology for Meteorology and Climate (LMAST4MC) is a Master of Science (MSc) degree in the Physics class (LM-17), organized as an international inter-university program, jointly proposed by the Sapienza University of Rome and University of L’Aquila. Read more…